Caves, fauns and nymphs, handmade pottery, floral jewels, mysterious beings, water games: these are the elements that make up the secret garden of the Wunderkammer Visionnaire. The garden as a sacred place where the vegetal harmonies remind the universe ones, where a complex symbolism associates essences or compositions to events and figures belonging to mythology and religion. At the same time place of techniques and material workmanship. The garden as an ideal representation of the lost paradise. A topic dear to Visionnaire, a strong suggestion, a collection of valuable artistic productions related to the language code of the Maison, selected and presented in a room of wonders with a contemporary character. 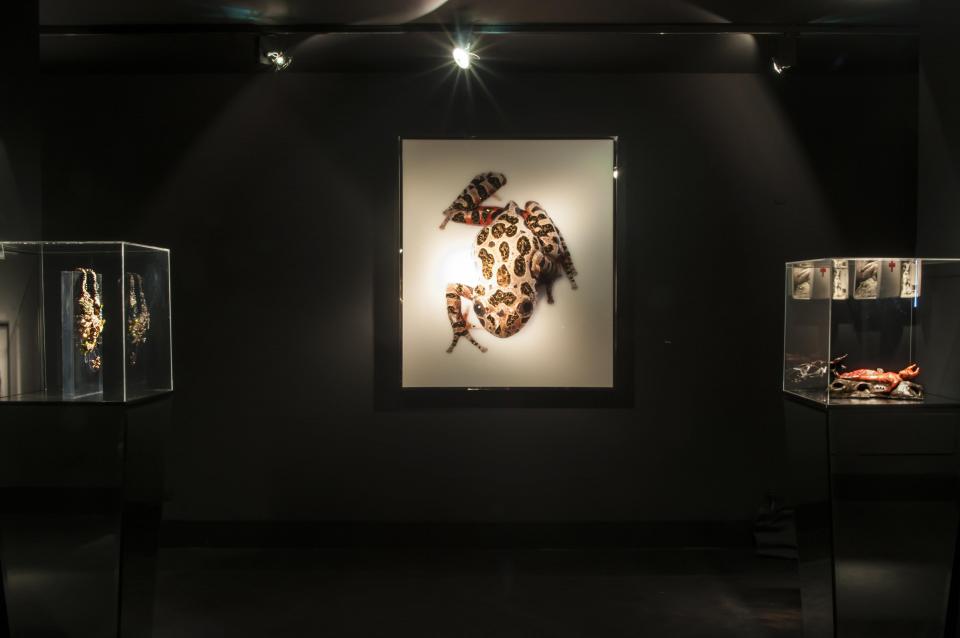 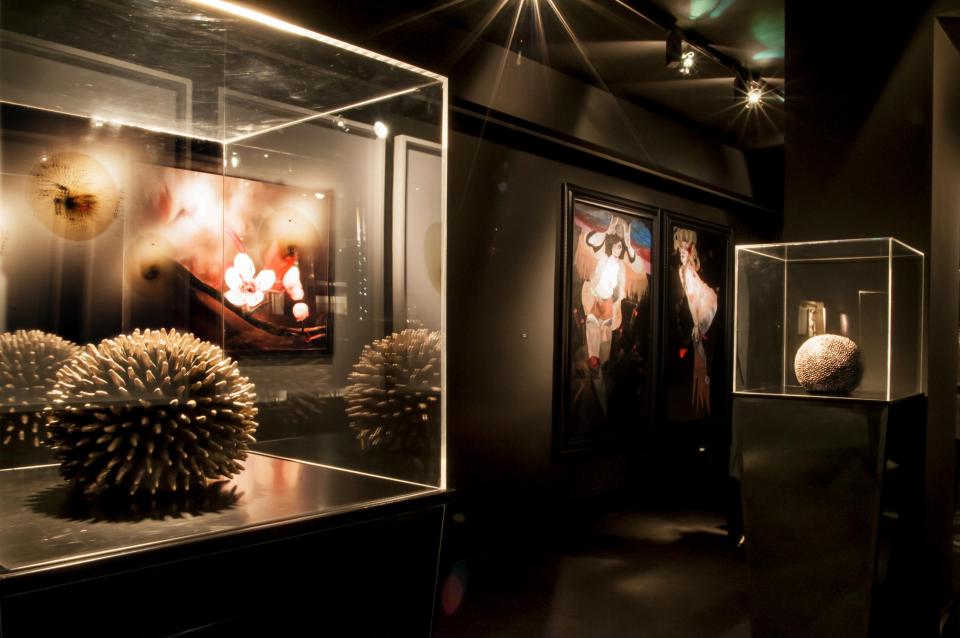 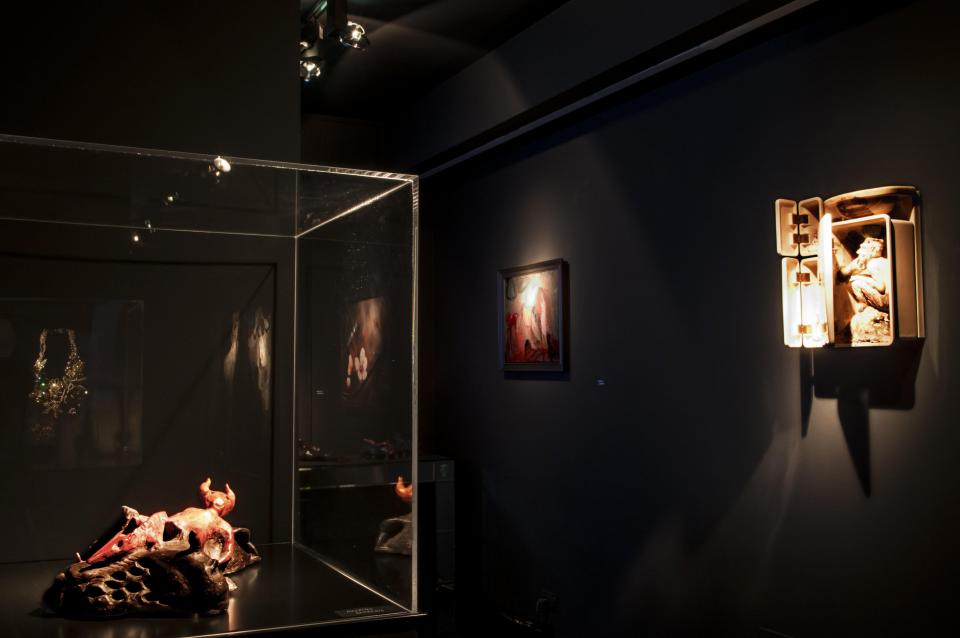 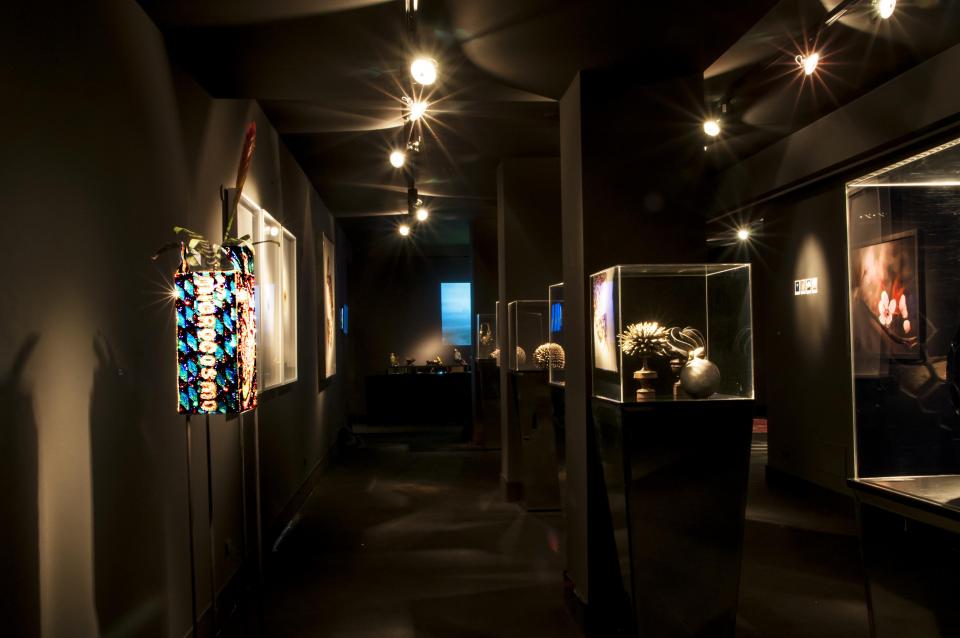 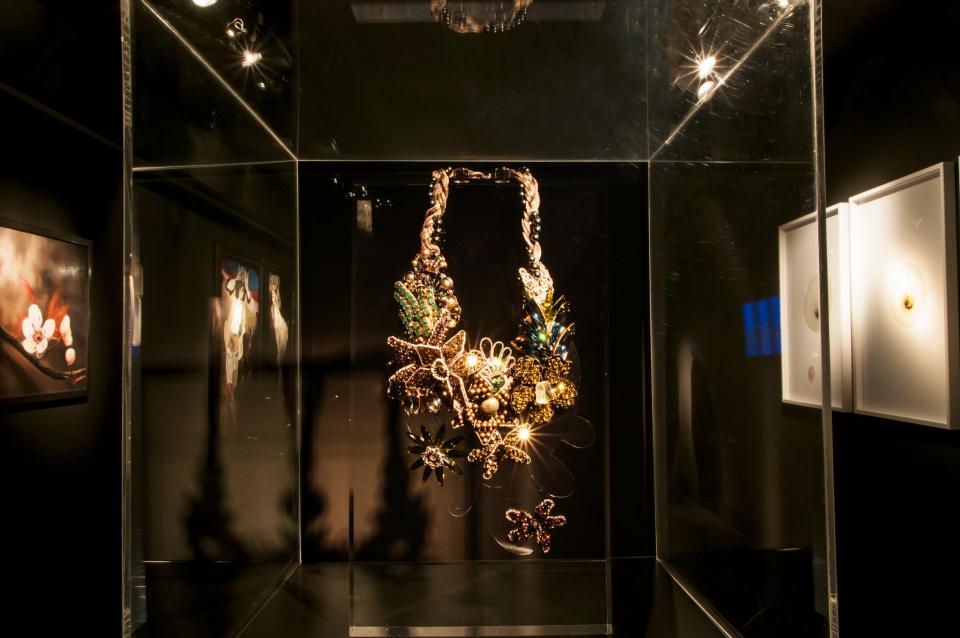 Born in Bologna, he completes his studies through Italy, Switzerland, United States and Paris. Being a fan of photography and of digital processing, he experiments the combination between the image and the different materials such as fossil wood, crystals, natural stone and steel.. In 2008 he includes a collection of complement panels in the production line of the family company, dedicated to complements like lamps, picture frames, mirrors and trays. He gets an unexpected success with this collection. His work evolves in this direction, creating unique objects by the use of new techniques and materials, up to precious and exclusive collections for the furniture field.

Their artistic work is focused on the use of ceramic materials to which industrial techniques are applied, often generating new hybrids materials thanks to a highly experimental approach. Starting from the 80’s Bertozzi & Casoni take part to the recovery of the Italian majolica tradition bound to the experiences of “La Nuova Ceramica”, exhibiting in important collective exhibitions in Italy and to a serie of exhibitions dedicated to the Italian contemporary ceramic art in Japan. In the 90’s they do important public works, such as the urban path with fountains and sculptures in the Tama district in Tokyo. They have been invited to represent Italy during the 53rd “Biennale” in Venice in 2009.

(Saluzzo – Cuneo, 1963). He lives and works in Torino. His sculptures and settings are the expression of a new Vanitas through the studied use of the Swarovski crystals studded on the subjects of the artist’s personal collection. Skulls, mytological animals, urinals, loops or chains, different objects both for dimension and for icon meaning, where visual and thematic oxymorons coexist: dark and light, shape and contents, opulence and poverty. Following Duchamp’s lesson of decontextualizing an object in order to enrich it with new formal values, Nicola Bolla’s poetics goes over the reading between object and design, transposing it into the urge of a story focused on beauty, surreal and poetic. Nicola Bolla is one of the artists invited to the “Padiglione Italia” during the 53rd edition of the “Biennale” in Venice in 2009.

Officina Bijoux was born from the intuition and initiative of a young Federica Borello, stylist for passion, in Spring 2001. She starts from scratch, at home, almost for fun. Success goes beyond every expectation. She works with famous fashion and luxury brands for the creation of jewels collections in limited edition.

(Bologna, 1978). Born in a family of doctors, after the scientific school qualification he starts his artistic career by enrolling at the Arts Academy in Bologna. From this moment, Alessandro Brighetti’s research enters an artistic gender which studies the relationships between art and nature, art and science, art and biology, art and chemistry, art and technology. Considering its positive aspects as well as its aberrations, technology becomes therefore the instrument for modifying the nature, which is essential for the artist to get a central role in his dimension of creator and experimenter.

(Brindisi, 1980). After the Art School he attends the Brera Academy. In his twenties, he takes part to the show “Pitture. 21 artisti del XXI secolo” (Paintings. 21 artists of the XXI century), curated by Massimo Guastella, Castello Aragonese, Otranto, and in 2003 he is selected by Luca Beatrice and Norma Mangione for the collective exhibition “XS. Extra Small (Galleria San Salvatore, Modena); in the same year he wins the first prize at the “Salon Primo”, at the Museum of the Permanente in Milan, and in 2004 one of his art works is recommended by Luciano Caramel at the “Michetti Award”, Fondazione Michetti, Francavilla al Mare. Since then, he has taken part to several personal and collective exhibitions, until his recent participation to the Biennale Award of Contemporary Art Saint-Vincent 2012, which has named it among the 44 young artists selected by the directors of the Academies of the 25 States belonging to the European Community.

(Buenos Aires, Argentina, 1963). He lives and works between Berlin and New York. He has taken part on big exhibitions and public works, the last of which is “Pop-up museo Disco Club”, made for the “Biennale” of the Barrio Museum in New York in 2011, and “Pop-up building”, transformation of a classic Rotterdam architectural structure in a “carton fairytale”, through the pop-up books look, open during the festival Witte de With Straat 2010. Also the two big scale works created in co-operation with the Italian artist Anna Galtarossa cannot be forgotten: “Chili Moon Town Tour”, a floating Utopian city of dreams, inaugurated at the Lago Mayor di Bosque de Chapultepec in Mexico City in 2007, and “Homeless Rocket With Chandeliers”, setting created at Lambrate (Milano) in the same year on a crane “contaminated” by objects and materials referring to the “street culture”.

(Orzinuovi, Brescia, 1981). She lives between Brescia and Milan. In 2004 she graduated at the Brera Art Academy and in the same year she won the Italian Factory prize for the young Italian painting. Since then her works have been exhibited in Italy and abroad and prestigious recognitions including the Fabbri Art Prize (Villa delle Rose, Bologna) and the Cairo Award (Palazzo della Permanente) have been awarded.

Rita Miranda was born in Todi, where she lives and works. When she was very young, she started joining the practice of the drawing and painting techniques to the scientific studies. She has found in the Raky ceramic the technique which better combines her creative needs to the sensitivity and inspiration to the forms of nature. Her works have been displayed in several personal and collective exhibitions. She has taken part to the Biennale of Contemporary Ceramic Art, Scuderie Aldobrandini, Frascati (2012) and to the Biennale of Venice, Padiglione Italia (2011).