On the occasion of Fuorisalone 2016, Visionnaire’s Wunderkammer under the direction of Head Curator Marco Morandini, traces chronologically the transformation process of Alessandro Brighetti’s works, highlighting how the aesthetics of natural and plant architectures are both rooted in poetry and in the imaginary of the artist.
Alessandro Brighetti continues its experimentation of Kinetic and Programmed art, a purely Italian cultural heritage. Exploring the field of interaction between Art, Science and Nature, the artist investigates the evolution of self-sufficient energy comparing Sculpture/Machine. In the new series, the power required for movement is produced and distributed by the same sculpture, transforming the work into an inorganic organism that lives by itself.
The solar and wind electricity and the magnetic repulsion are the inexhaustible forces that feed the sculptures, bringing attention to concepts such as the hybridisation between nature and robotics, the increasing artificiality of nature, the need for ecological awareness and, of course, the evolution of the machine. The latter concept, according to the artist, can be realized only when the artificial product imitates and absorbs the dynamics of organic life, tracing its evolution. Brighetti plunges into vegetal architectures and relevant cycles of life to contribute to development of the machine, as well as the consciousness of the current delicate environmental situation. 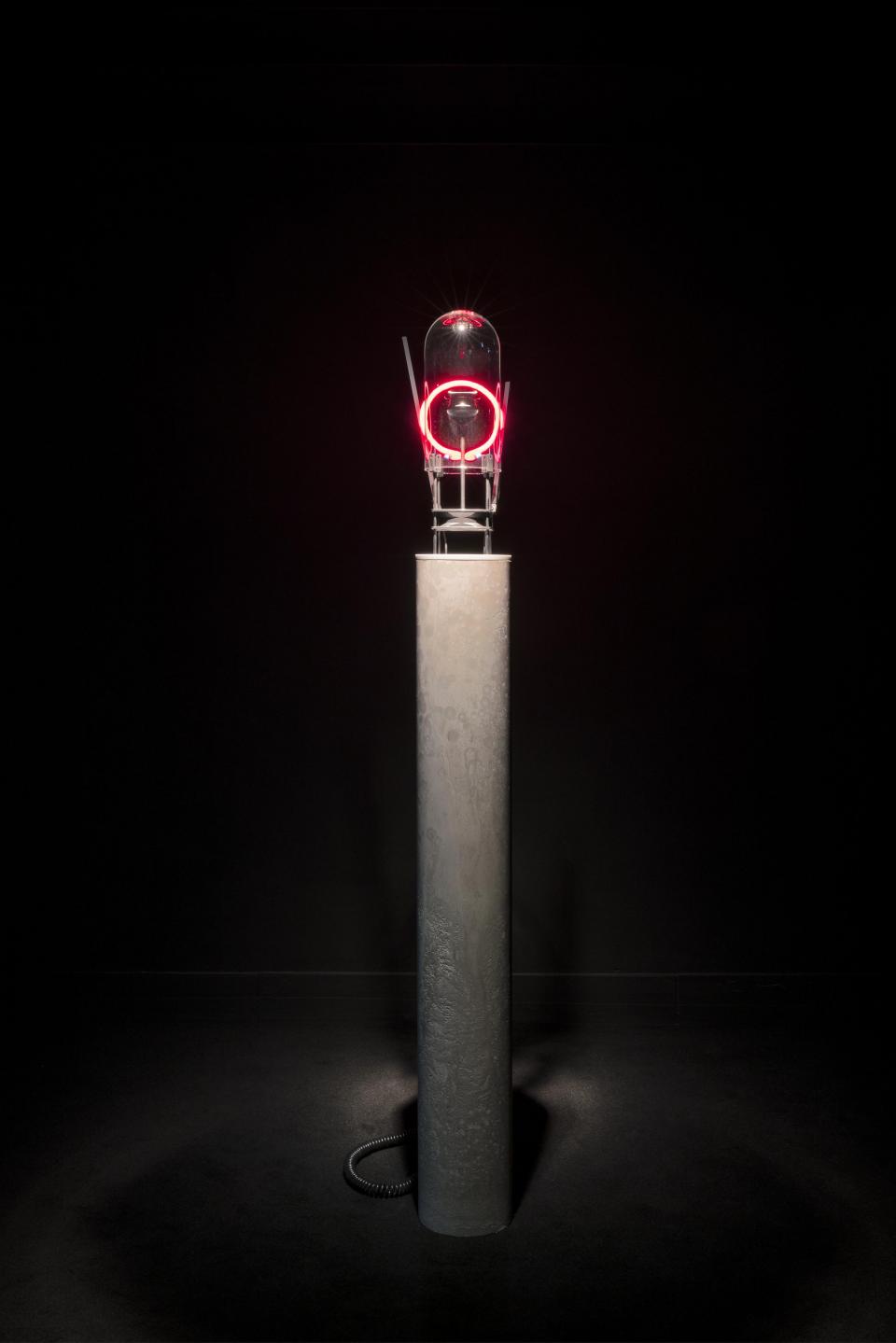 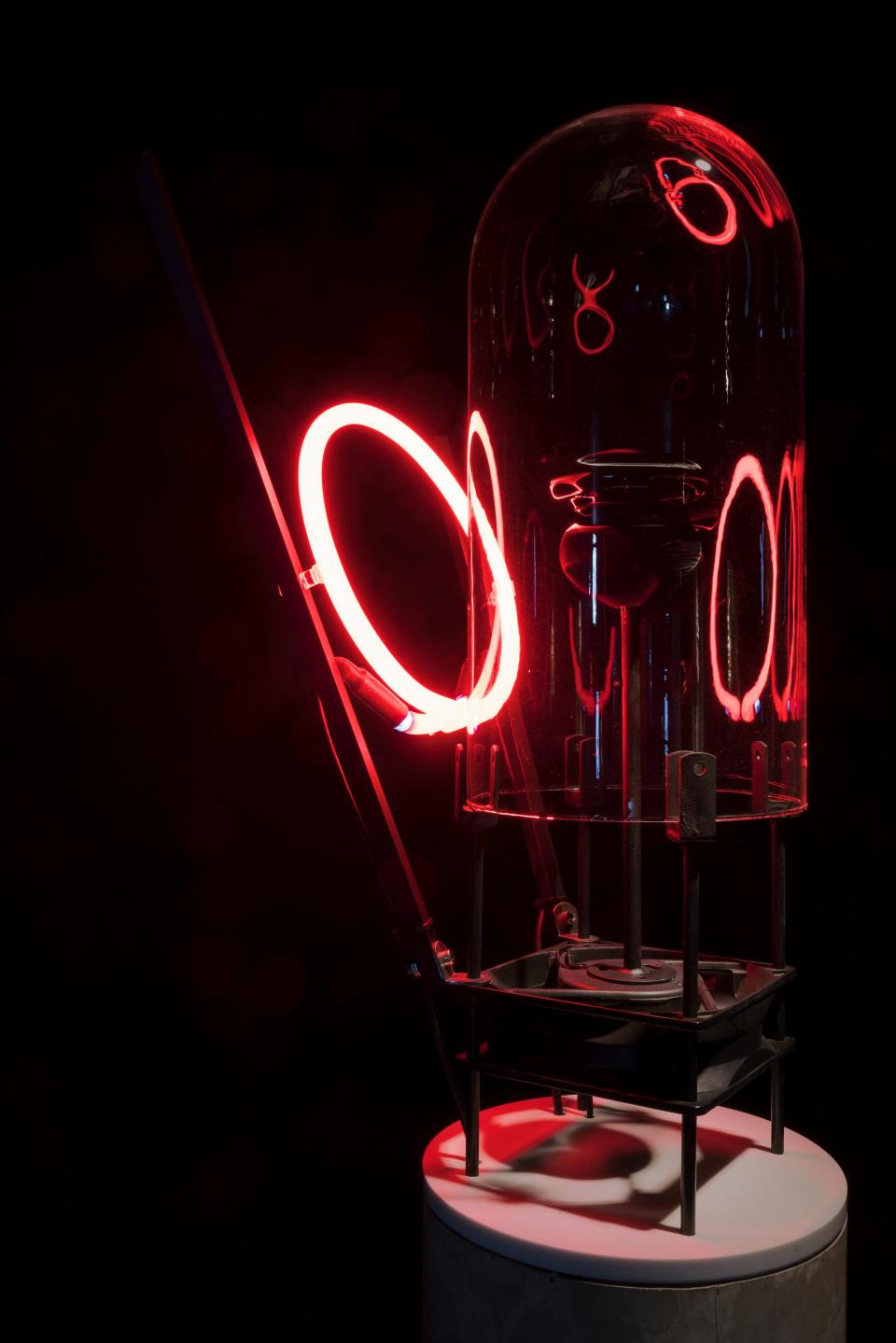 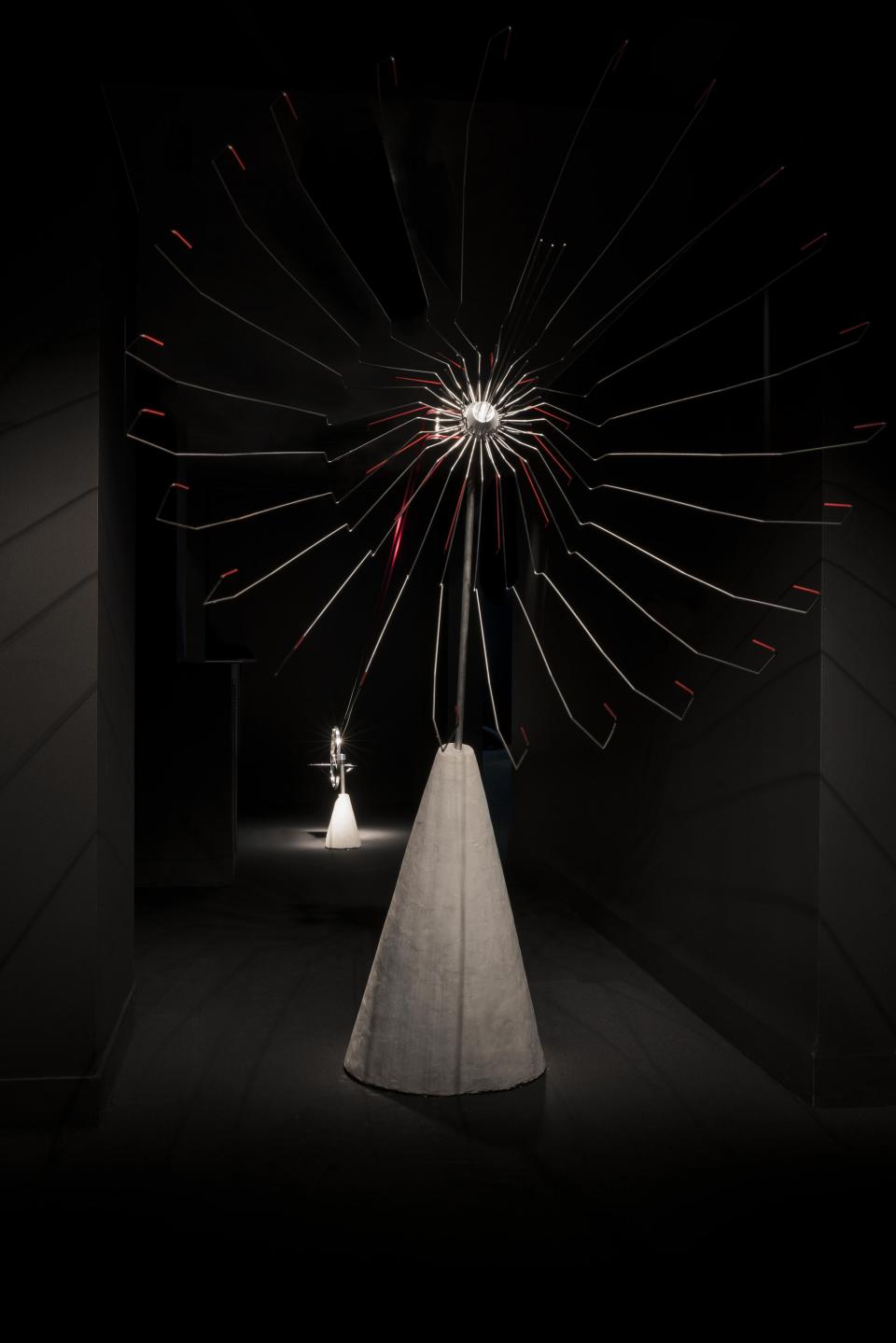 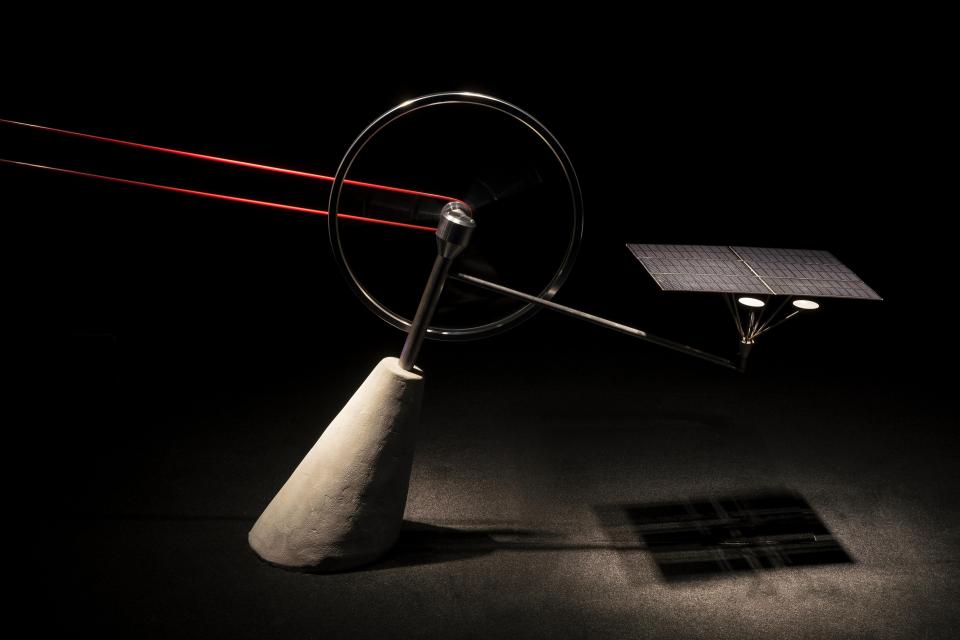 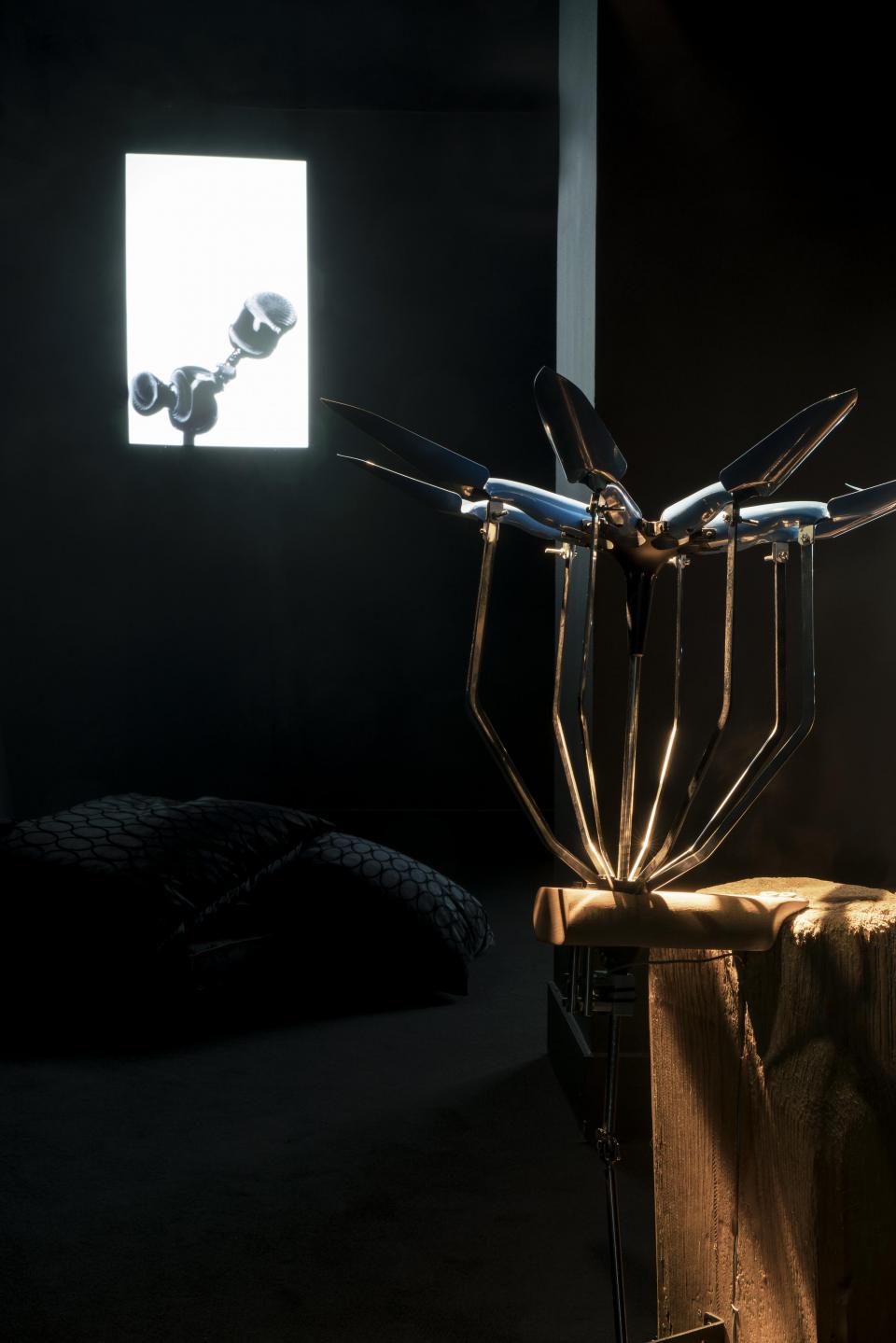 (Bologna, 1978). Born in a family of doctors, after the scientific school qualification he starts his artistic career by enrolling at the Arts Academy in Bologna. From this moment, Alessandro Brighetti’s research enters an artistic gender which studies the relationships between art and nature, art and science, art and biology, art and chemistry, art and technology. Considering its positive aspects as well as its aberrations, technology becomes therefore the instrument for modifying the nature, which is essential for the artist to get a central role in his dimension of creator and experimenter.

On the occasion of the 60th Edition of Salone del Mobile in Milano, Visionnaire presented “Apollo Belvedere” in the Wunderkammer Gallery, its first NFT project.

The dialogue between Visionnaire and bottega d’arte Ceramica Gatti 1928, has led to “Sedimento”, paying homage to the extraordinary legacy of craftsmanship found in the Italian territory, combined with creativity and reflection with a contemporary viewpoint