Among the unusual decorative themes, the silhouettes of mountain peaks return in the irregular embroidery of portions of furniture, taking on the identity of a visual signature to enhance Ca Foscari headboard, characterized by a sturdy outer frame and inner padding, in a sweeping curved silhouette. 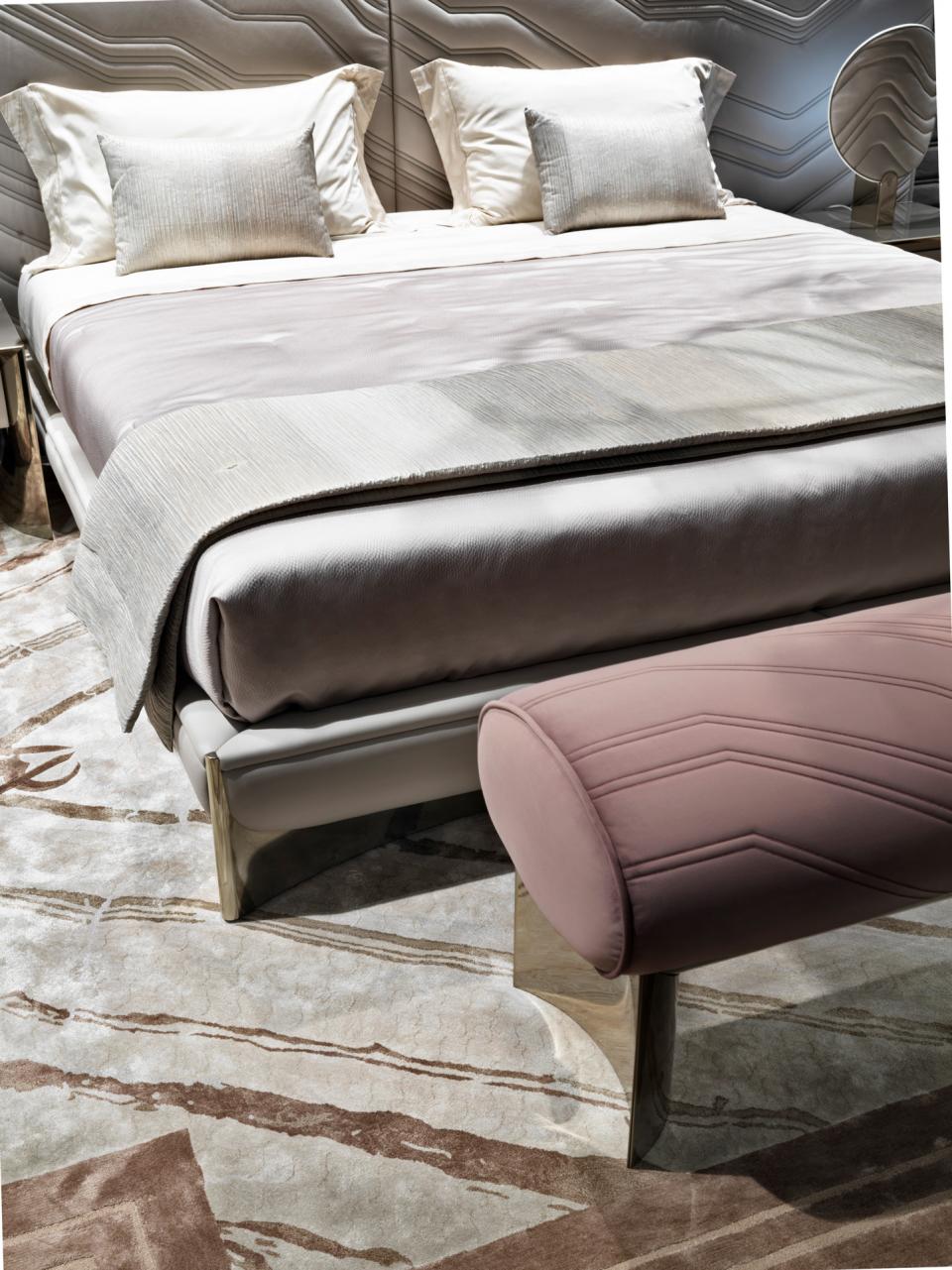 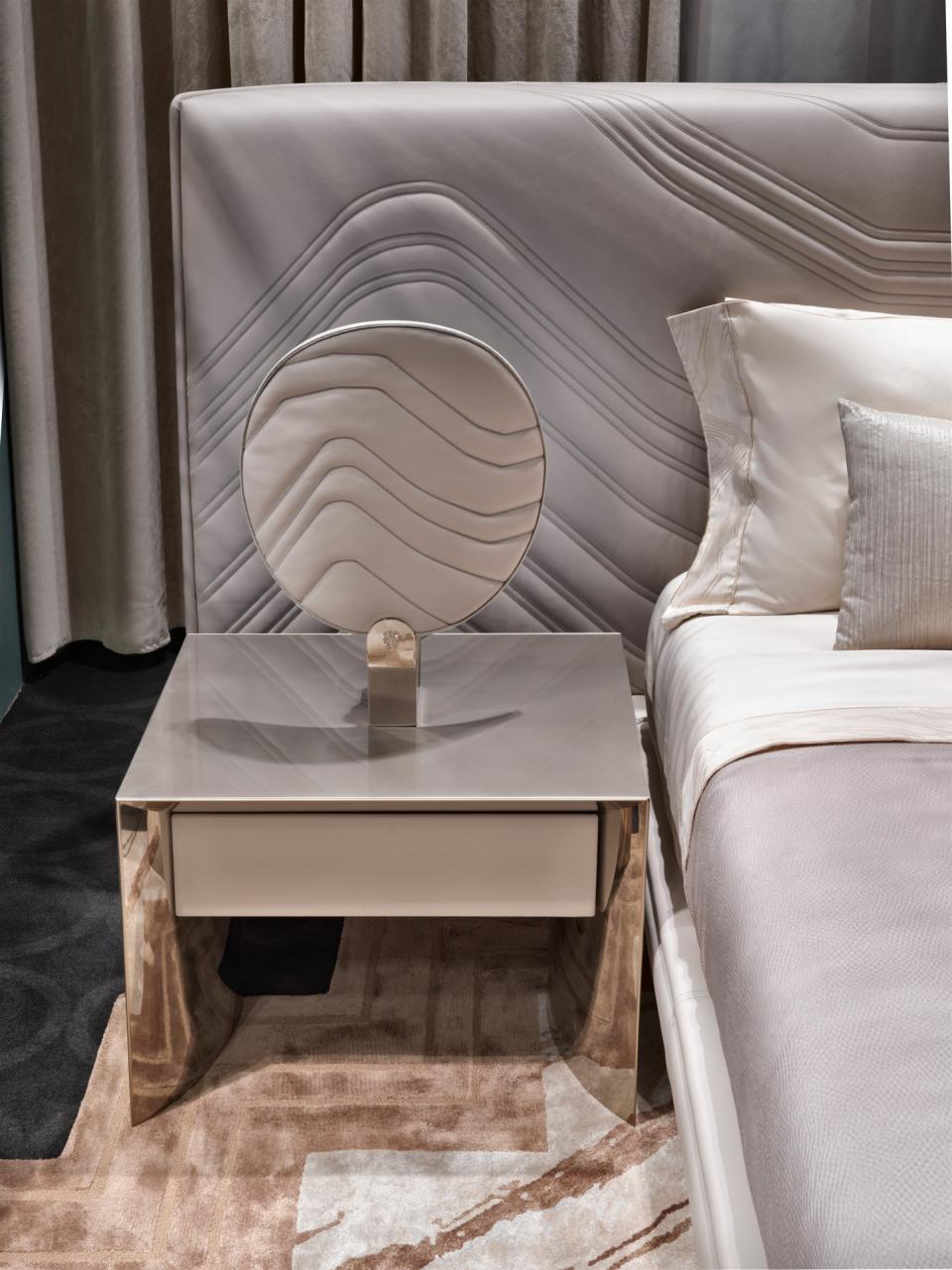 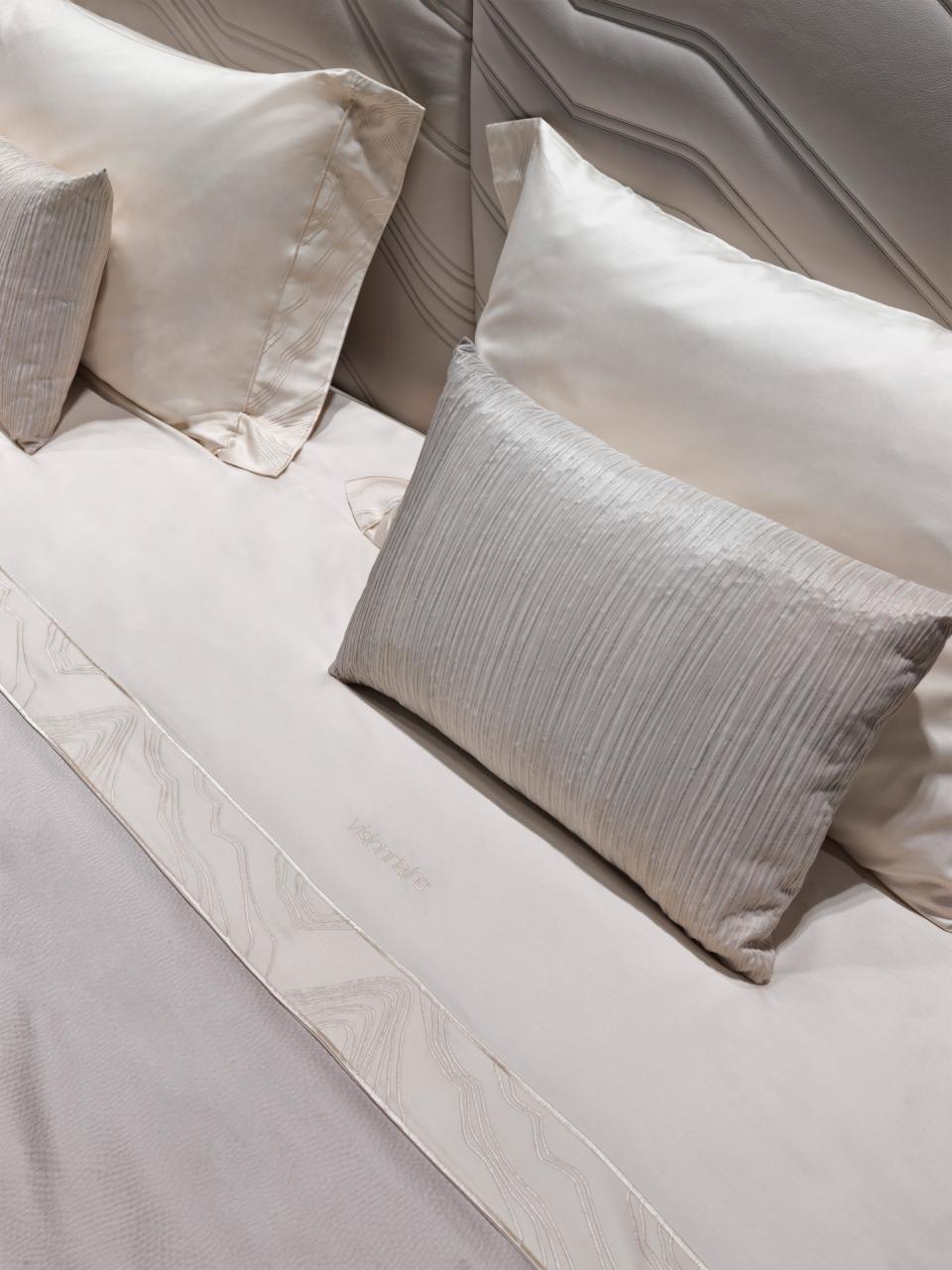 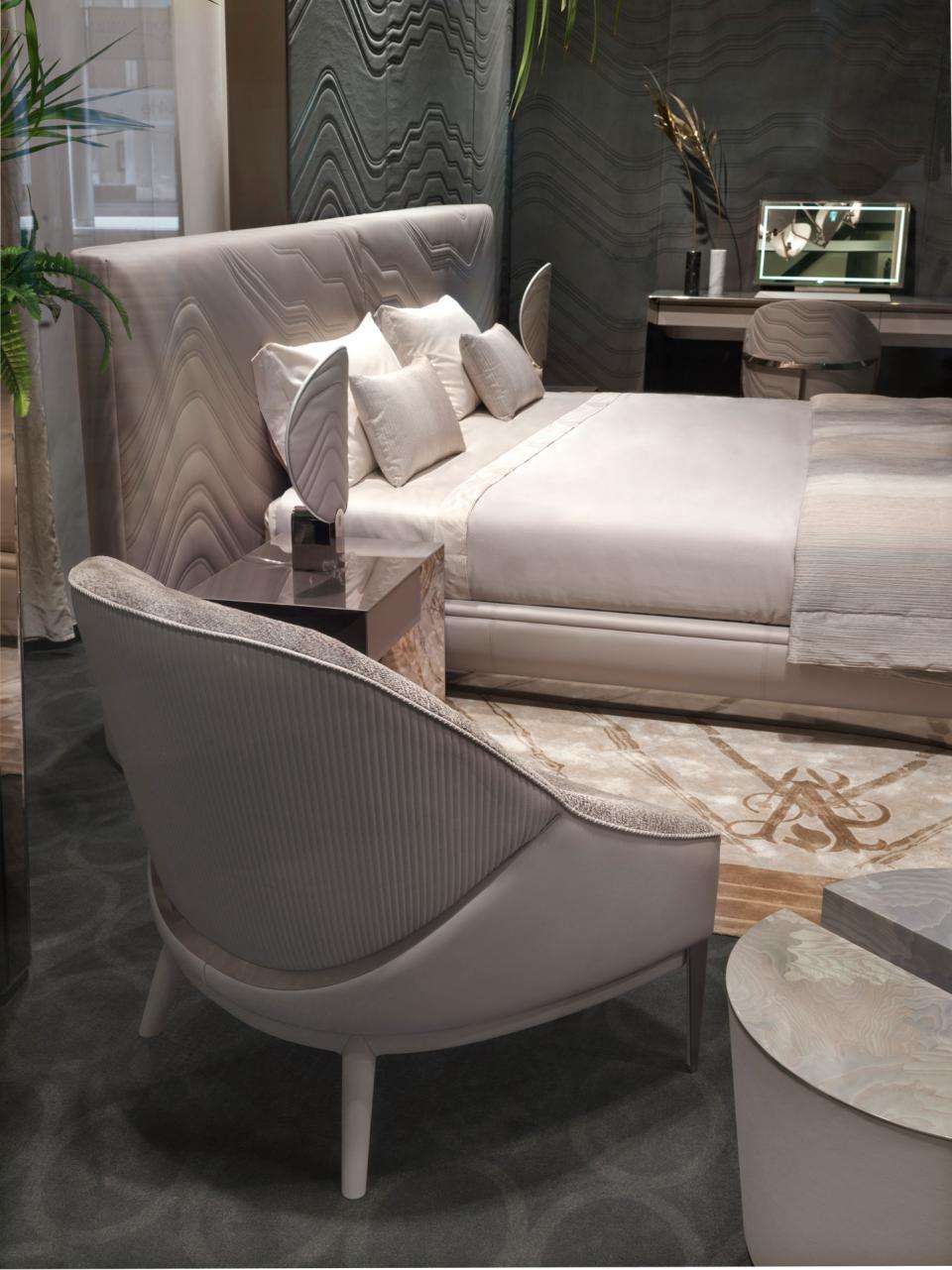 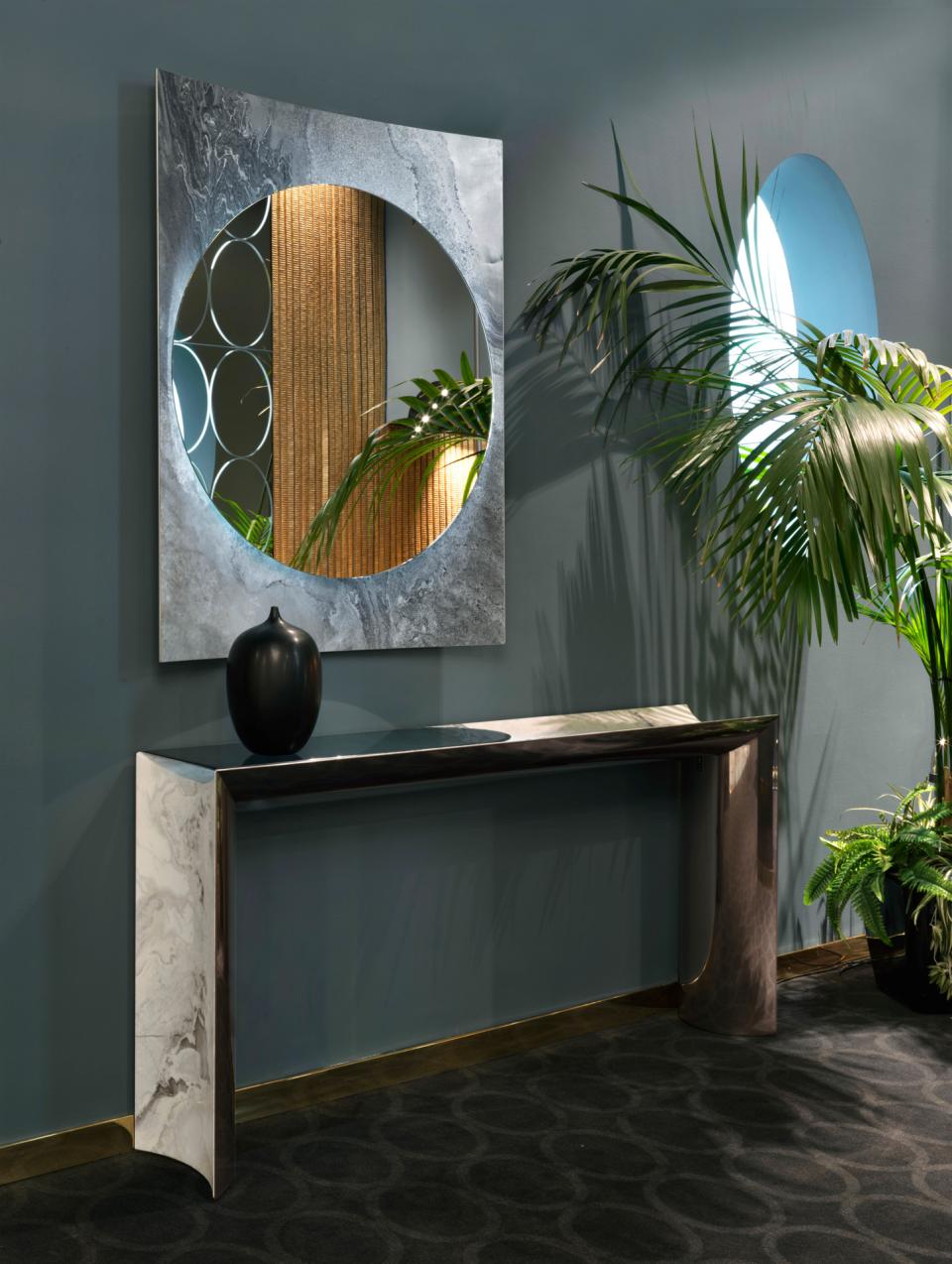 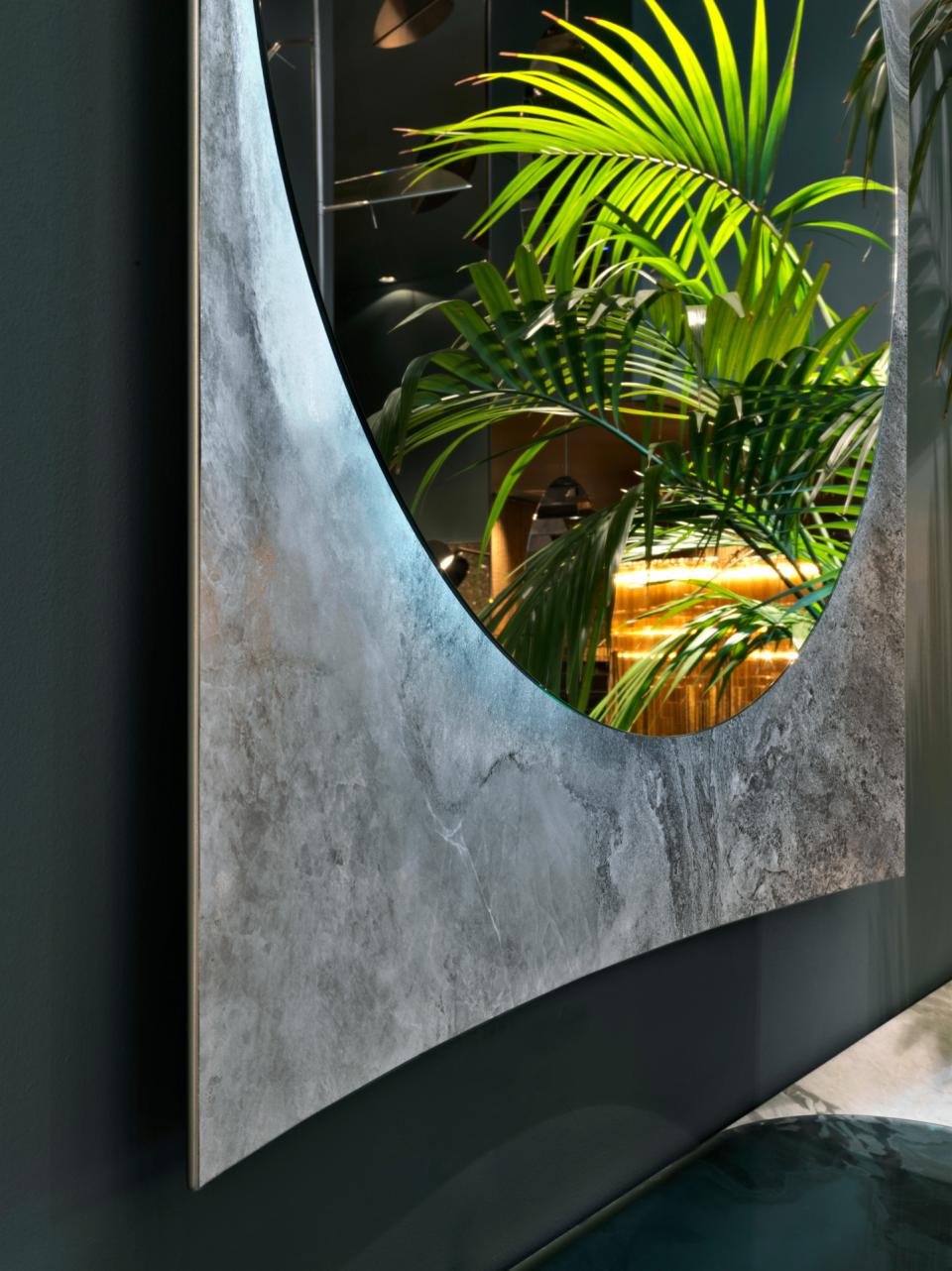 Alessandro La Spada defines himself a "designer with the manner of a craftsman". His motto: "perform in order to learn" He studied at the i.d.i. interior design institute in Milan where he graduated in 1990. From 1990 to 1994 he collaborated with the studio Sawaya e Moroni, designing interiors and following the development of the company's prototypes. Beetween 1998 and 2004 he's involved in the field of design and interior project dealing with formal research, underlining the semantic value of objects. He dedicate himself to the small scale production of lamps and furnishings, deepen his knowledge on material creating a small creative workshop specialised in processing metal. In 2005 a casual meeting led to his collaboration with Samuele Mazza, an eclectic character with a past in fashion design. His "hard wear" contribution to Mazza's soft world gave life to the "Visionnaire" and "Grantour" collection. He also lectures at the i.d.i. interior design institute, milan. He has worked as project leader for the domus academy in milan.